There are two kinds of geotextile, the first one is geotextile woven and the second is geotextile non-woven. The difference between woven and non-woven is the method on how to produce it, geotextile woven made with two or more set of thread/filament fiber that weaves to each other while non-woven made by bonding, the interlocking of fibers, or both accomplished by mechanical, chemical, solvent, thermal and combination thereof. In general, geotextile is made from polypropylene (PP) and polyester (PET). In this article, we will write about geotextile non-woven made from polyester with the interlocking of fibers method (needle punch) which is different from the bonding method.

How geotextile non-woven made?

The major elements of the process are: 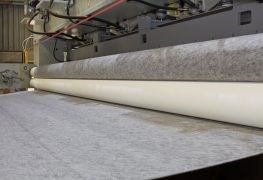 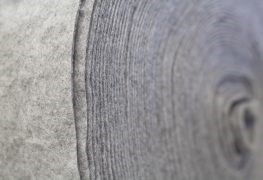 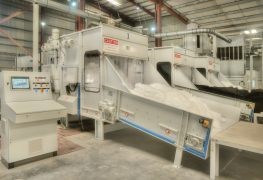 The application of the geotextile

While many possible design methods or combinations of methods are available to the geotextile designer, please discuss with the project consultant/geotextile designer to find the most suitable procedure/design. The basic and common procedure to install geotextile for erosion control is:

When installing a geotextile, the adjacent fabric can either be sewn or overlapped. The following is from the AASHTO and is general guidelines for determining when to sew and when to overlap 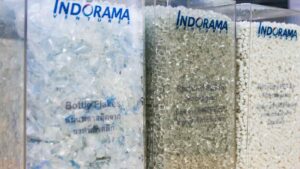